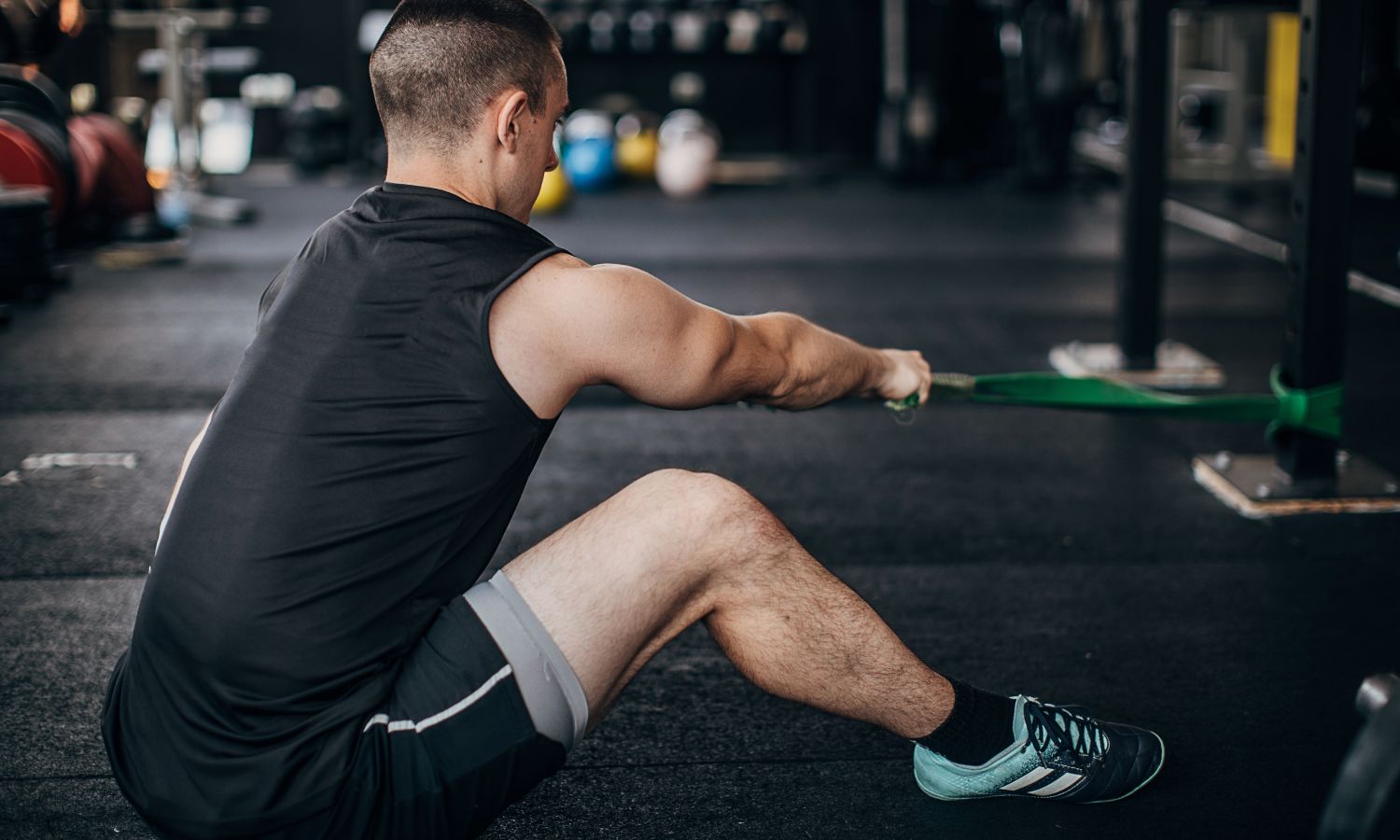 The resistance band is an inexpensive, efficient, effective, and handy piece of exercise equipment that allows you to perform myriads of exercises anytime and anywhere.

Many people use it at home to enhance their fitness and build a muscular physique.

But do resistance bands build muscle and strength? If yes, what exercises can you do? Let’s find the answers based on studies, research, and real-life experiences.

Can You Build Strength With Resistance Bands?

Yes, resistance bands can be as effective as weight training (machines, barbells, and dumbbells) for increasing strength.

A study has shown that training with a resistance band provides similar strength gains in the upper and lower body compared to weights. 1Effects of training with elastic resistance versus conventional resistance on muscular strength: A systematic review and meta-analysis – National Institute of Health Database And suggested that bands can be a possible alternative to weight training.

Note: The above meta-analysis included a total of 8 studies, comprising 224 individuals aged between 15 and 88 years who had a systematic habit of performing strength training.

However, practically speaking working out with resistance bands has limitations when it comes to strength development. For example, you can deadlift 200-300 pounds with barbells and plates but can’t do it with bands.

And this has also been revealed in a study that showed band workouts could be helpful for building muscular strength but are not superior to other forms of resistance training for improving functional performance and muscle strength.2Effects of Elastic Resistance Training on Muscle Strength and Functional Performance in Healthy Adults: A Systematic Review and Meta-Analysis – Journal of Physical Activity and Health

Resistance bands allow you to perform countless exercises for each muscle group, from the chest, shoulder, and triceps to the back, biceps, leg, and core, and help build muscle mass.

They provide a better range of motion, so you can target each muscle specifically.

Note: The experiment was done only on females, so the results may not be the same for males.

You can also maximize the results by increasing the intensity and load, letting your trained muscles recover efficiently, and feeding your body optimum nutrition.

Weights are superior to bands for developing strength and mass. But resistance bands are also greater than weights in some areas.

Another research has revealed that the elastic bands can be a feasible training modality for lateral pulldown, unilateral rows, and Romanian deadlifts in terms of muscle activation.5 Multiple-joint exercises using elastic resistance bands vs. conventional resistance-training equipment – European Journal of Sport Science

You can also do single-arm front raise.

If you don’t have handles attached to the band, you can perform one-arm lateral raise.

Bands are not as effective as weights for overall fitness development. However, they can be a perfect pick if you’re looking for a less expensive but effective way to build muscle.

They are compact and portable so that you can use them anywhere, at home, club, or gym.

You can do many exercises to build strength and muscles and improve balance, grip strength, and flexibility.

But you need a workout plan to train in an organized way and achieve maximum results.

Moreover, you should also increase the intensity and load, let your trained muscles recover efficiently, and feed your body optimum nutrition to maximize the results.

You can also combine elasticity band exercises with weight training to gain strength and build muscle.