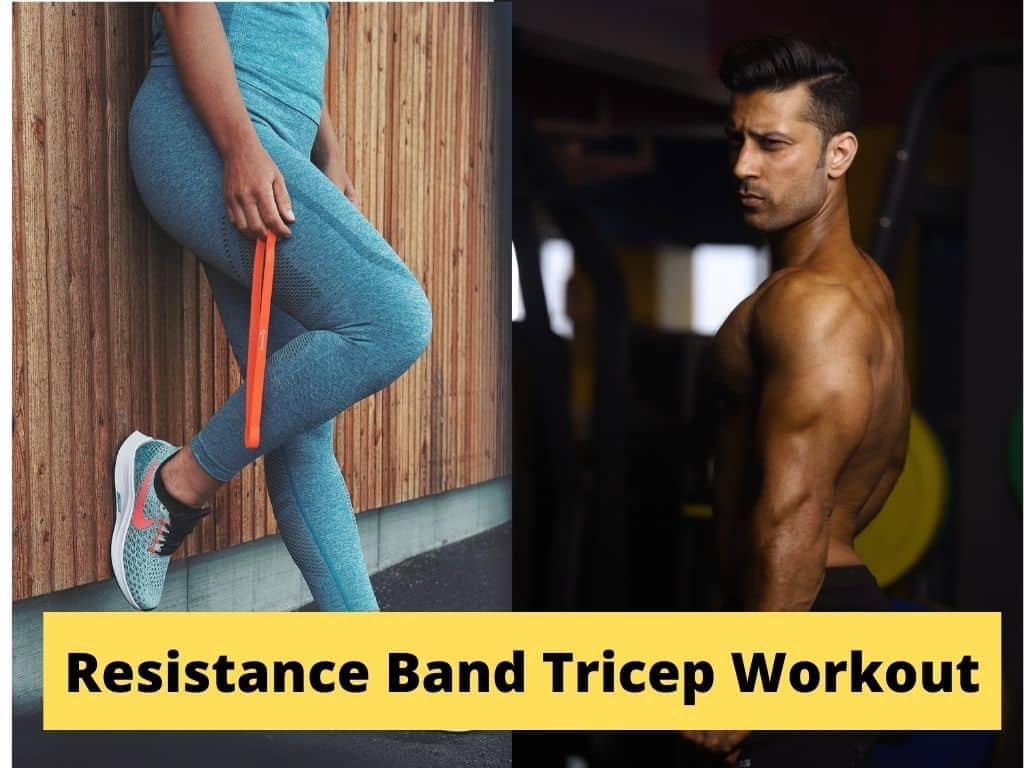 Wondering how to build tricep muscles with resistance loop band exercises at home? If yes, then this article is for you. Here I’m going to share how to do resistance band tricep extension and pushdown exercises at home with and without attachment for strong arms.

Triceps are three-headed muscles located on the back of your arms and larger than biceps. The three heads are the long head, medial head, and short head. And the resistance band triceps workout targets all of them and increases mass as well as tone muscles.

How to Build Triceps with Resistance Band Workouts?

To perform this move,

But, bodybuilding is all about the proper application of exercise and diet. If you’re disciplined, punctual, and consistent, you can build an attractive and strong physique.

Where to Buy The Best Resistance Loop Band for The Triceps Workout?

The most common platform to buy the best loop band triceps exercises is Amazon. Resistance loop bands are really effective equipment to train with as they are cost-efficient, affordable and effective, and compact to use.

Things to keep in mind while buying resistance band:

When you have only 5 minutes to do a resistance band triceps workout, then the training needs to be intense and without rest to get the best result.

Since you’re here, check out more articles on triceps:

Add TheFitnessPhantom to your Homescreen!