I’ve shared the top 10 famous bodybuilders’ chest workout routines in this article for intermediate and advanced lifters. This includes routines of bodybuilders from both Mr. Olympia and Mr. Universe.

You can incorporate one or some of these routines in your bodybuilding program to build sturdy and sizeable pecs.

1974 Mr. Universe winner Lou Ferrigno is an American actor and retired professional bodybuilder. He was one of the competitors of Arnold Schwarzenegger in 1974 and 1975. From mass to muscle fibers, he had awesome chest development.

WFF Pro Mr. Universe 2015, Calum von Moger is an Australian actor and bodybuilder. He is also known as Arnold 2.0 because of his looks and physique.

Two times runner up and three times Mr. Olympia Classic Physique winner Chris Bumstead is a Canadian IFBB professional bodybuilder. He has millions of followers on Instagram and Youtube.

Chris’s every muscle group looks perfect, but many people know him for his unbelievable chest development.

If you want to forge your chest like him, you can try out his full chest workout routine.

Two times Mr.Olympia (1976 & 1981), two times Mr. World, and one time Mr. Universe, Franco Columbu is one of the greatest of all time in the world of bodybuilding. He also competed in World’s Strongest Man in 1977 and got fifth place.

Franco’s chest still ranks among the best of all time. He had denser and defined pecs. His chest muscles appeared to spill out of his sternum, and uniquely deep crevices separated the upper and lower regions.

Competed in as many as 68 IFBB Professional contests (23 wons), Kevin Levron is considered one of the best bodybuilders of the 1990s.

He is also known as The Uncrowned King of Mr. Olympia because he had appeared in 13 Mr. Olympia competitions but never made it to the number one spot. Despite not winning any Mr. Olympia titles, Kevin is admired by many fitness enthusiats.

He used to follow a push, pull, legs (PPL) workout routine but sometimes he also focused on his pecs individually.

Seven-time Mr. Olympia winner Phil Heath competed in various bodybuilding competitions from 2003 to 2020. He won Mr. Olympia every year from 2011 to 2017.

He had built a perfectly proportioned set of pecs and was regarded as one of the best of all time.

Phil Heath uses three different chest workout routines to fire up his pecs growth. Let’s see one by one:

The winner of eight consecutive Mr. Olympia titles, Ronnie Coleman has the best chest and back development of all time.

Ronnie trained his chest twice a week with triceps. On his first chest day, he focused on barbell chest exercises such as flat, incline, and decline bench presses. On his second chest day, he concentrated on dumbbell chest exercises such as flat and incline dumbbell presses and dumbbell flyes. He preferred free-weight pressing movements with heavy weights for eight to 12 reps.

It’s not possible to lift like Ronnie, but you can use his chest workout routine to develop your pecs.

Six consecutive times (from 1992 to 1997) Mr. Olympia champion Dorian Yates is one of the top pro bodybuilders of all time. His entire muscle group was well-developed in his prime, but his back and chest are eye-catching.

He shared his chest workout routine on muscleandfitness.com, which comprises four to five exercises that together hit the pecs from every angle needed to ensure total development.

Arnold needs no introduction. He is an eminent face in the world of bodybuilding. He is more famous worldwide than any Mr. Olympia because of his seven Mr. Olympia titles, appealing physique, acting, political career, and dedication.

Despite the fact that countless exercises have been discovered, people still follow his old-school workout routine.

His chest workout was never complicated, he always focused on the fundamentals, such as flat bench press, incline bench press, dumbbell flyes, and dips. He suggests doing 15 bench press reps with lightweight as a warm-up set before lifting above 50% of your max effort.

Four times Mr. Olmypia Jay Cutler was not only for his amazing physique but also for his humble behavior. He had enormous chest muscles with each part perfectly balanced in his prime.

He shared one of his chest workout routines on James Garage Youtube channel. His routine includes mostly fundamental exercises, such as bench presses, flyes, and pullovers.

Some bodybuilders prefer machines, while some like to do free-weight exercises. Their choice of exercise depends on how much they feel muscle contraction and enjoy a certain exercise.

Every bodybuilder’s chest workout plan differs from one another, but their goal is almost the same, to build strength and mass.

Depending on your choice, You can include one or some of the above chest workout routines in your bodybuilding training program to build bigger and burly pecs.

Help Us Grow On Social Media 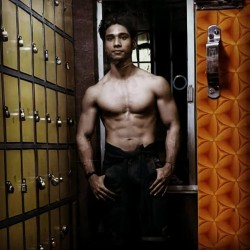 Murshid Akram
I'm a certified personal trainer, fitness blogger, and nature lover. I always learn more about exercise science and human anatomy so that I can provide the best information possible. I share science-based, practical, and logical information that can help you achieve your desired fitness goal.