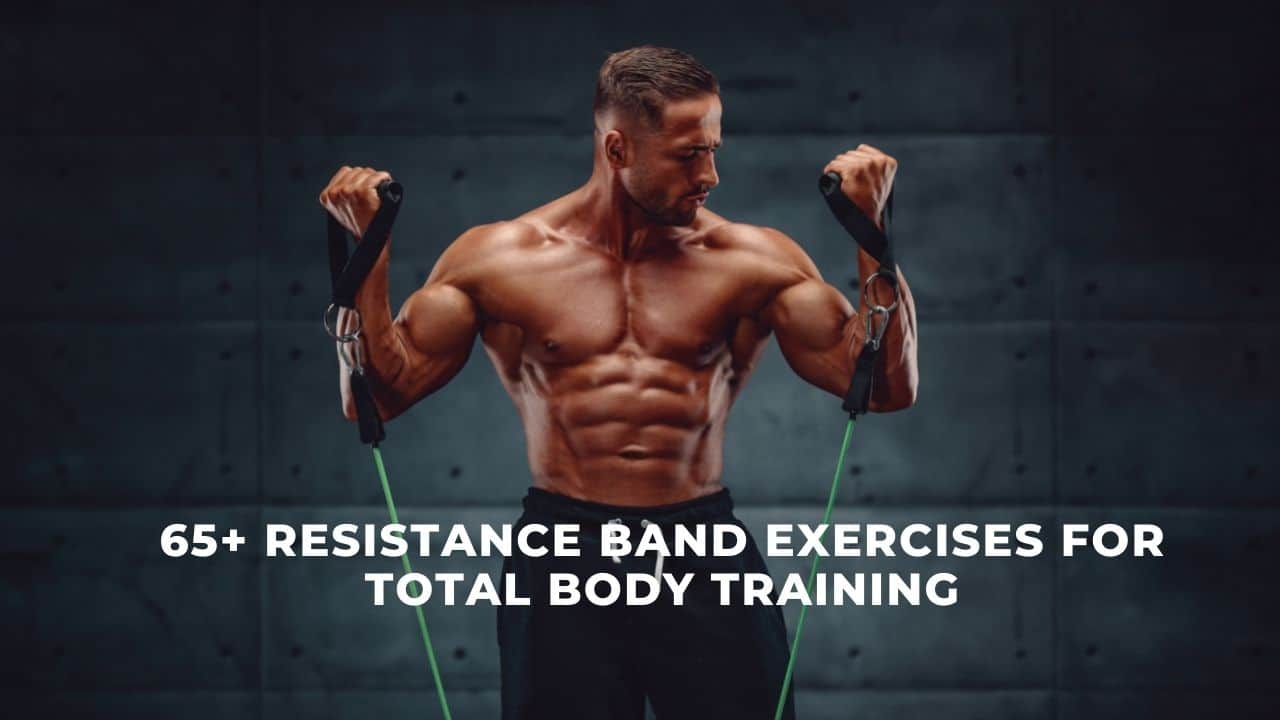 I’ve included as many resistance band workouts as possible in this list and divided them according to the muscles they work. Moreover, I’ve also attached a pdf of this article so you can download it for further use.

You can strengthen your back muscles with various resistance band exercises. Below is the list of exercises you can do with bands with and without an anchor.

You can do several resistance band exercises to strengthen your lower body muscles, such as quadriceps, hamstrings, glutes, and calves.

Here are those workouts:

If you want to increase your shoulder strength and mobility, resistance band workouts can be pretty helpful for you. With bands, you can strengthen front, lateral, and rear deltoids and build sturdy shoulders at home.

Here’s a list of resistance band exercises you can do at home:

You can do myriad exercises with resistance bands to build brawny arms.

I’ve incorporated the best biceps and triceps workouts that you can do at home with just bands in the below list.

If you want to strengthen your chest, you can do the below exercises. These workouts will work on the upper, middle, and lower chest and help you build defined pecs.

I’ve also created an article where I’ve shared a step-by-step guide on how to perform these chest exercises. You can check it out if you like.

List of Core Exercises You can do with Resistance Bands

If you have been working out for a while, it’s time to challenge your core strength and mobility. I’ve compiled a list of the seventeen abs workouts that you can possibly do with resistance bands.

If you want to perform the above exercises with step-by-step instructions, you can check out this article.

Here’s the PDF of resistance band exercises, you can download it to use later.