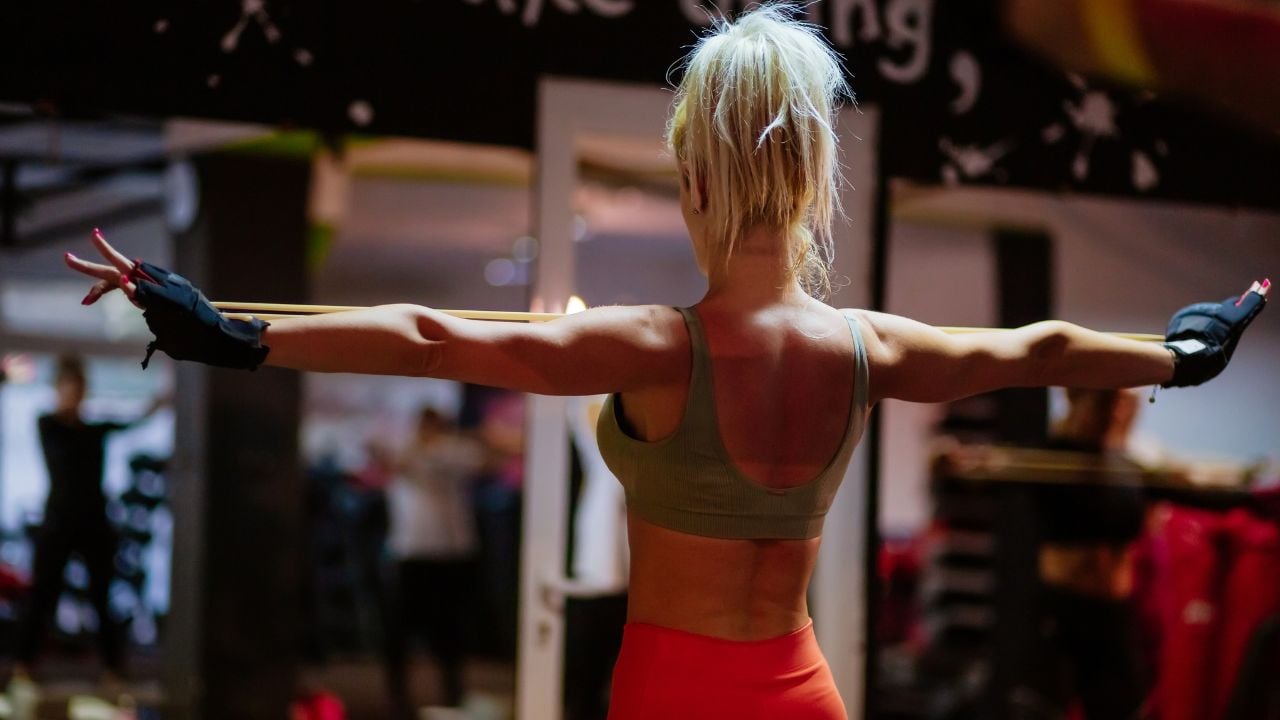 When it comes to developing strong, sculpted, and healthy shoulders, working out all three deltoids (anterior, lateral, and rear delts) is essential. We often work on anterior and lateral deltoids but forget to train the tiny rear delt muscles.

The rear delt is one of the most important muscles in your body that located on the back of your shoulder. It originates from the scapula and inserts into the humerus. It is responsible for pulling your shoulder blades together during exercises like rowing and reverse flyes.

Having sturdy rear delts provide stability to your shoulder and minimize the risk of injuries.

There are several ways you can bolster your posterior delts but strengthening them with resistance bands is the best and safest option you can do at home.

I’ve shared the various resistance band exercises for rear delts in this article that will help you improve the overall strength, definition, and mobility of your shoulder muscles.

All of these exercises target the rear delt from different angles and help develop the little but important muscles. You can also incorporate these exercises while creating a full-body resistance band workout routine.

How to do rear delt fly with resistance bands:

You can also perform single-arm rear delt fly with resistance bands to focus on one side of your muscle individually and helps correct strength and muscle imbalance.

If you want to hit your rear delts from a different angle with a resistance band, you can try banded facepull. It is an excellent upper body exercise that forges shoulders and upper back.

You can do this exercise with and without attachment, depending on which suits you the most. Both variations are good and help develop your muscles.

It would also be best to perform facepull by attaching the band to the door because it allows you to pull the band from the parallel position.

It is one of my favorite resistance band exercises for rear delts. The rear delt raise is a great way to hit the rear shoulder and trapezius muscles. It also helps improve posture and muscle coordination.

How to seated rear delt raise with resistance band:

The crossbody shoulder raise is another way to reinforce posterior delts. It is a unilateral exercise, meaning it allows you to train your delt individually so you can work more on your inferior side and correct muscle imbalance.

The rear delt kickback is not as effective as other exercises, but if you like to target your posterior shoulder muscle from a different angle, you can do this exercise. It also helps strengthen your triceps.

Try not to bend your elbows when you pull the band, as it can put more stress on your triceps than your delts.

Resistance bands are as effective as weights in building rear delt muscles. They provide a full range of motion and better grip and help you target the small posterior delt muscles efficiently. A study also suggested that doing reverse fly with elastic bands is equally effective as doing it with dumbbells (1).

How often should you train your posterior delt?

Train your rear delts at least once a week if you work out three times a week and twice if you exercise six days a week. It would be best to perform at least two exercises in your one training session. For example, you can pair the rear delt fly with a facepull and the rear delt raise with pull apart.

Should you work rear delts with the back or shoulders?

You can train your rear delts with back and shoulders both but make sure you train the large muscle first, then your tiny posterior delts, and allow 48 hours of rest between the two sessions as well.